Some information about us and our craft fairs.

I (Jan Kelsea-Simmons) founded the Birchington & Westgate-on-sea Crafty Crew in December 2016. My aim was to form a group of local crafters, whose crafts vary enormously from jewellery, cards, book folds, wood crafts, signs, crystal sun catchers and much more, who were looking for an outlet to display and sell their wares, the stipulation being that everything had to be hand-made. After asking for Admin volunteers Frank & Sue Miller joined me and arrangements were made for the first Crafty Crew Fair to take place on Saturday 10 December 2016 at Church House, Birchington. As we processed with our Craft Fairs, I asked for more volunteers and Tricia Mankelton joined in us in 2018 then Jenny Bushel & Trudi Leach joined in 2020. Jan also wanted to raise funds for charity and so organised a raffle at the first craft fair, the proceeds of which together with the pitch fees (after expenses) were donated to Cancer Research. The amount raised was £240.

Subsequent fairs in 2017 raised £1,500 for the Rainbow Children’s Ward, Dementia Unit and Special Care Baby Unit at QEQM Hospital, and a cheque for this amount was presented to representatives from QEQM and the East Kent Hospitals Charity at our pre-Christmas fair on 4th November 2017. We raised further funds at our events in 2018 for the Stroke Unit and Diabetes Unit at QEQM Hospital, Margate, and the People’s Dispensary for Sick Animals (PDSA) further £1700 was given to these charities.

We have raised £600 for Demelza Children Hospice Kent and another £600 for Kent Air Ambulance 2019. We chose another two charities for 2020 and these are ROYAL NATIONAL LIFEBOAT INSTITUTION in Margate Charity Reg 209603 we raised a further £700. We would be grateful if you could give us a donation towards the tombola to raise money for these charities. Total amount to date that we have raised is £6,340. We have chosen three charities for 2021 we decided to do again Margate RNLI Charity reg 209603, Great Ormond Street Hospital GOSH charity Reg 1160024 and Rising Sun Charity for Domestic Violence & Abuse Services Reg 289253.

During 2020 with COVID-19 we were unable to have some of our Craft fairs, but we resumed our Craft Fairs in August to November 2020 but unfortunately, we had to cancel our remaining Decembers Craft Fairs but during our lockdown we still raised money for keyworkers by having a raffle some our crafts that where kindly donated by our crafters. We decided that the person who won one of our prizes could nominate a key worker and we send them a hamper just say we are thinking of them in total we managed raise enough money for 7 hampers for our keyworkers across the country.

All our fairs are for hand-made crafts only.

From April to December the first Sunday at The Small Barn at Quex Park.

For those of you who are unfamiliar with Quex Park, Birchington, http://www.quexpark.co.uk/ the small barn has recently been completely re-built following a fire in 2016. It is a large venue with a brick veranda outside with picnic tables. Car parking for both stallholders and visitors is free. We will not be providing refreshments but the Restaurant, which is a separate building at the front of the small barn, offers a huge selection of snacks, light bites, lunch, and dinner. In addition, there are many attractions at Quex all year round and particularly during the spring and summer, and of course there is the famous museum and a wedding venue which attracts a considerable number of visitors throughout the year. Quex also has its own holiday park and campsite, and Birchington Vale Holiday Park is a short distance away, so there is potential for a significant footfall.

All stallholders must have Public Liability Insurance and a copy of the certificate must be sent with the completed booking form and payment. Please note that only one clothes rail or stand is permitted at our event at Quex barn but if you decide not to have a table, we will allow one clothes rails for clothes per pitch but please check with us first. 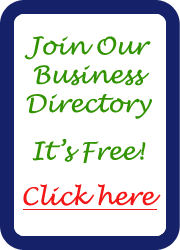